To Grab the Win, Might Trump or Hillary Surprise Us?

Election 2016: hijinks at the Democratic and Republican conventions notwithstanding, it's gonna be Donald Trump and Hillary Clinton . . . and it's still about ISIS and Black Lives Matter.


A year ago, I suggested that election 2016 will come down to how the candidates proposed to deal with ISIS, and whether they could respond to the urgency of the Black Lives Matter movement.

Well, if what I meant was that by this time, we would have heard substantive, coherent, memorable proposals from Donald Trump and Hillary Clinton, then I was wrong. But I still stand by my prediction that these are the two issues that will matter.

The question for Donald Trump is whether he can say anything on foreign policy that will lead the Republican establishment to support him. He's in a terrible position right now because (a) he's let on that he's starting from zero on foreign affairs; and (b) his opponent sounds like a Republican on foreign affairs.

Furthermore, Hillary Clinton has been handed a present by the State Department, where a group of career foreign affairs staffers, using the "dissent" channel, have filed a memo basically saying that the Syria situation is being mishandled and there should be more military force used -- against the Assad government mind you, not against ISIS. It sounds like a situation that only a real expert -- someone who has served as Secretary of State, perhaps? -- can sort out.

But there is an out for Donald Trump. All he has to do is say, "This comes down to a question of war and peace. Under the US Constitution, it falls to the Congress to decide if war is to be declared. So the first thing that will have to happen is Congress will have to do its job. After that, my role would be as commander-in-chief, and I would be well advised by the Joint Chiefs of Staff on the military conduct of any war."

Now, it may seem impossible to believe that Donald Trump might be able to say those words. Nonetheless, it must be admitted that if he were to adopt this position, it would be difficult for Republicans to ignore him. After all, the Republican Party is the one that has the utmost respect for the fundamentals of the Constitution, and for the military, right?

The only thing that could possibly trip up Trump? If Hillary says it first . . . .

The question for Hillary Clinton is whether she wants to be President enough to swallow her pride and acknowledge the position of the Black Lives Matter movement.

Of course, Trump has no hope of getting black votes. It is simply a question of whether black voters will turn out for Hillary.

Take a look at how Hillary comes off to people of color: the "super predators" speech and subsequent interactions, and Bill Clinton's response. She has saddled herself with an aura of "I'm blameless." I don't think that passes muster. Certainly not coming from a leader of the power establishment in a country with interlocking systems of institutional racism.

It's a layup. No one can disagree with the proposition that racist police forces should be investigated. And no one can demand that Hillary Clinton have all the answers today about which ones are the biggest problems. What's important is that she will have the entire Justice Department at her disposal once she's elected.

The only thing that could possibly trip up Hillary? If Trump says it first . . . . 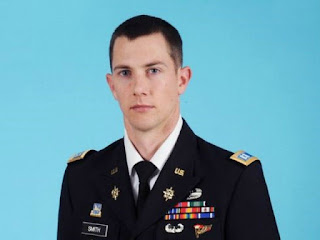 US Army Capt. Nathan Michael Smith has sued the commander-in-chief, President Obama, for ordering war in violation of the US Constitution. Therein lie 5 lessons . . . . 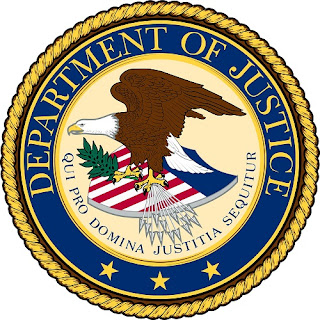 We can't imagine that anti-racism work is just about specific police officers or even specific departments. Entire institutions of racist law enforcement need to be brought to heel in real time. It's a task worthy of a society-wide, national, federal effort. And it's top priority. No leader can ignore this reality . . . .