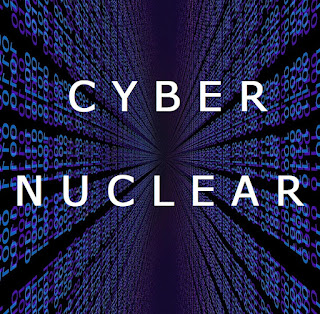 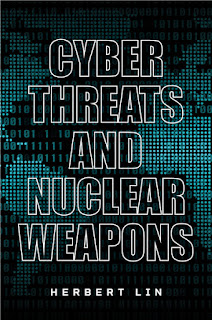 I have been reading a very good book: Cyber Threats and Nuclear Weapons by Herbert Lin (Stanford, 2021).

It is filled with good stuff.

Lin's conclusions, however, reflect a big mistake, in my opinion. As I read section Chapter 6, "Designing the Cyber-Nuclear Future: Observations and Imperatives," I thought, "This is exactly how a determined problem-solver goes at it: call out the main features, and take your best shot at limiting the possible damage associated with each." But something was nagging at me. This reminded me of something, a warning I had once heard about entrusting problems to people who assumed there was a solution.

Then I remembered: it reminded me of the testimony by Richard Feyman before the commission investigating the Challenger Disaster. This testimony has been described at length by Edward Tufte in his book, Visual Explanations. The thrust of that testimony, as I recall it, was that the colossal failure of the Challenger launch was because everyone who was looking at the conditions at the time was doing so from inside the paradigm of problem identification and mitigation, rather than willingness to acknowledge the possibility of total breakdown.

Herbert Lin has exhaustively documented the ways in which cyber threats probably make it impossible for nuclear weapons to continue to be exist without, sooner or later, a colossal failure. The question is: who has the authority to step outside the existing paradigm and deal with the consequences of this unfixable system? (To use the words of Tufte, to do the proper risk analysis -- from the outside in -- rather than "pitching" -- from the inside out.)

Cyber threats to the nuclear weapons complex call for Homeland Security committee investigation. Imagine Congressional hearings on this -- perhaps not from the standpoint of the military (Armed Services) or diplomacy (Foreign Affairs), but from that of Homeland Security.

More resources on cyber and nuclear.