Why Do Nuclear Weapons Matter to Chicago?

The moment you visualize the effects of it on an actual place (that is real to you) -- as an actual eventuality that is really possible -- the topic of nuclear weapons becomes completely different.

For those who live in my former hometown, it's startling to realize that a metropolitan area like Chicago could be wiped out by a nuclear weapon.

The most-read post on this blog in the past three years -- far and away -- has been:
What Would a Nuclear Weapon Do to Chicago? (Go ahead, guess . . . ) 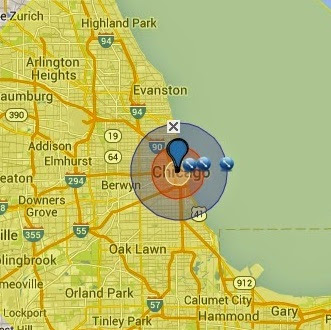 Similar resolutions have been passed in Skokie and Evanston.

In the days ahead, I'll be adding more materials to supplement the material originally provided in that post.