What Would It Take for Friendship to Trump War? 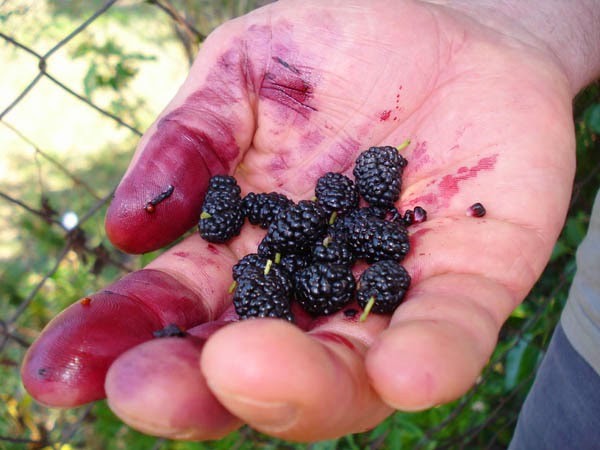 I can't stay long - I'm rushing down to the Siskel Film Center to see Jules and Jim - part of their retrospective of WWI films.

I was trying to explain Jules and Jim to my daughter -- trying to lure her away from her college art class to see it with me, if truth be told -- and I wondered: would she be more interested in the situation of the woman character (Catherine, in an unforgettable performance by Jeanne Moreau)? Or would she, like me, be struck by the dilemma of the friends, Jules and Jim, who are called to fight on opposite sides when war breaks out?

Is Jules and Jim about romance? Or triangles? Or is it simply about friendship?

[Watching the film: this is what I was remembering . . . both of them talking about their fear that, in the course of their service, they will kill the other . . . . ]

Why do we let a thing as grotesque as war supersede that most human of impulses - friendship?

I'm thinking a lot about -- and listening to -- Benjamin Britten's War Requiem in connection with the day. The work combines the form of a requiem mass with the poetry of Wilfred Owen. The whole work bears close study: the valiant trumpets lead the enthusiastic young fighers into battle in section 3, the true wrathful face of battle in section 9, and much, much more.


But I am particularly struck by section 18, which quotes from a poem, "Strange Meeting", describing an encounter between the narrator and a spectre he meets after leaving the battlefield:


“Strange friend,” I said, “here is no cause to mourn.”
“None,” said that other, “save the undone years,
The hopelessness. Whatever hope is yours,
Was my life also . . .

“I am the enemy you killed, my friend.
I knew you in this dark: for so you frowned
Yesterday through me as you jabbed and killed.
I parried; but my hands were loath and cold.
Let us sleep now. . . .”

(You can listen to "It seemed that out of battle I escaped" from the War Requiem on Youtube.)

Owen never returned from the war. He was killed November 4, 1918 - 7 days before the armistice.

The War Requiem couldn't be more different than the music of Crosby, Stills, and Nash, and yet I find nearly the same sentiment in the song "Wooden Ships":

I can see by your coat, my friend,
you're from the other side,
There's just one thing I got to know,
Can you tell me please, who won?


Say, can I have some of your purple berries?
Yes, I've been eating them for six or seven weeks now,
haven't got sick once.
Probably keep us both alive.

If you want to hear a really angry antiwar ballad, listen to this live performance of "Wooden Ships."


If you smile at me, I will understand
'Cause that is something everybody everywhere does
in the same language . . . .


In Chicago, there are mulberry trees that, in the summer, are filled with purple berries you can eat. I don't know how many times I've paused on a summer morning to pluck a berry, and have thought, "If you smile at me, I will understand . . . ." 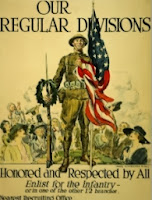 It's time for us to get honest about the true costs of war, including the long term health consequences for people who serve in the military, and the corresponding long-term costs that our society must commit to bear.

(See How to REALLY Honor Veterans) 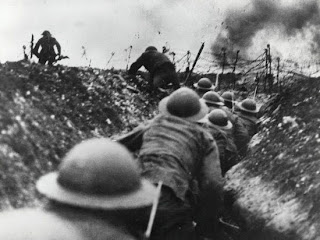 Have you ever wondered . . . instead of just tsk-tsking about "The Great War," why doesn't anyone actually seize the occasion to try to put a stop to future wars?

(See Everyone Talks About World War I, But No One Does Anything About It ) 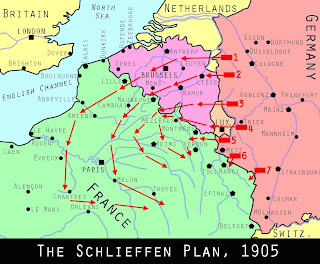 Today, it may seem quaint to think about the role that trains played in the cataclysms of the 20th century. Could something as simple as a bunch of trains, once set in motion, possibly put people on a course they couldn't reverse? And yet . . . what if I told you that the hyper-organized planners of the U.S. government have a timetable to make 100 drone bases operational in our country in the near future?

(See War By (Drone Base) Timetable? )