Who would possibly vote "NO" to banning nuclear weapons???

Of particular interest when the UN vote was taken - the actions of USA, Russia, China, India, Pakistan, Iran, North Korea ... and Japan.

If I were lucky enough to be a high school or college teacher, I would seize the opportunity to invite my students to investigate a real life moment in global politics.

It is a stunning lesson in global civics to observe who voted "YES" and who voted "NO" (and also who abstained) on L.41 - "taking forward multilateral nuclear disarmament negotiations."


The assignment is simple: Pick a country ... guess how you might expect them to vote, giving reasons for your answer ... then look at how they really voted.  Next, try to think about additional reasons that might explain their actual vote. Final step: go online and see what others are saying about why the country voted the way they did.

This will prove to be a very illuminating exercise for anyone -- young or old -- who thinks they know which countries are working for the peace and safety of the world.

More information at on Common Dreams: "US Votes 'No' As UN Adopts Landmark Resolution Calling to Ban Nuclear Weapons"

133 Is a Lot of #Nuclearban-Supporting Countries

Tlatelolco 50: A Gift to the World

SCIENCE MARCHES: Are All These Countries In the Dark About Nuclear Weapons?

VIETNAM and the NUCLEAR BAN: Out From Under the Shadow of US Nuclear Terror

Why People Want a Pacific (and World) Free of Nuclear Weapons

NUCLEAR WEAPONS BAN TALKS: With Japan at the Table (Hopefully)

NOWRUZ: New Day for a World Without Nuclear Weapons

China DOES Have a Role in the Nuclear Ban Movement

(Most of) The Mideast Wants a Nuclear-Weapons-Free World

Where Will Europe Stand on #Nuclearban?

"Standing With the Nonwhite World to Ban Nuclear Weapons" by Vincent J. Intondi: "It is no surprise that this current attempt to eliminate nuclear weapons is being led by many nonwhite nations. In 1955, ten years after the atomic bombings of Hiroshima and Nagasaki, twenty-nine nations of Asia and Africa gathered in Bandung, Indonesia . . . "

"Nuclear weapons and the dialectic of universalism: the UN convenes to ban the bomb" by Kjølv Egeland: "[T]he nuclear ban-treaty movement marks the first time an instrument of international humanitarian law is forced into existence against a kicking and screaming European core. The civilising mission of normative stigmatisation has been taken up by those formerly on the receiving end."

. . . and links to more helpful explanations on the "Full voting result on UN resolution L.41" page on the ICAN website. 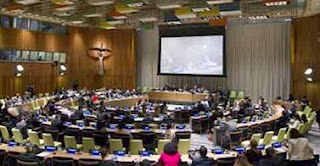 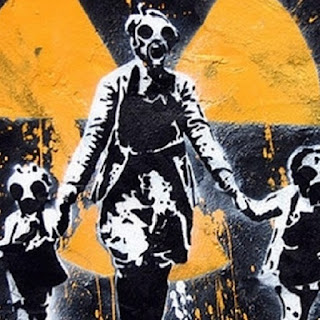 Hibakusha is a word that has traditionally been used to refer to people affected by the nuclear blasts in Hiroshima and Nagaski.  It is now being broadened to recognize the many additional victims of acute affects of nuclear radiation (including fallout from tests and radioactivity from mining and processing). In fact, we are all subject to the impact and threat of nuclear radiation spread indiscriminately by nations and corporations.

(See HIROSHIMA: What does it mean to say, "We are ALL 'hibakusha'?") 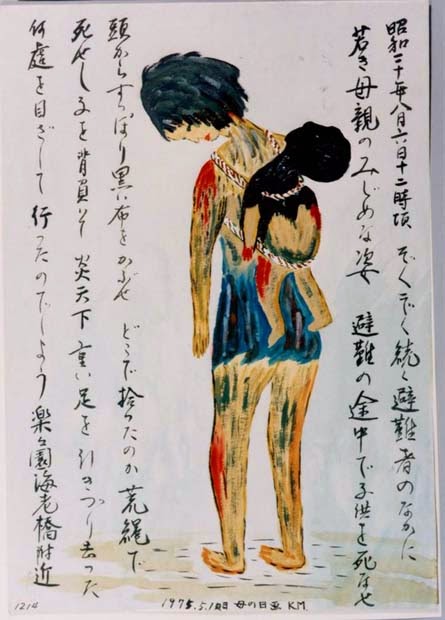 (See FIRE AND BLAST: A Curriculum that Confronts Nuclear Danger?)
Posted by Joe Scarry at 10:39 AM