Do You Know What You Believe? (The Apostle's Creed as a Focus for Thinking About Drones)

(Originally published in August, 2012, as "The Apostle's Creed as a Focus for Thinking About Drones" on the Awake to Drones blog. It introduces a four-post series consisting of Drones: Am I Responsible?, Drones vs. Up-Close-and-Personal Reality, Confronting Drone Killing: Is God Urging Us to "Risk It"? , and Ending Drone Killing: The Spirit Is Moving.)


My sewing needle close enough that I
Can watch my father through the needle's eye,
As through a lens ground for a butterfly

- from "Supernatural Love" by Gjertrud Schnackenberg

What makes the Apostles' Creed, for me, the appropriate lens through which to look at the problem of drones, at least when trying to look at drones from a theological perspective? 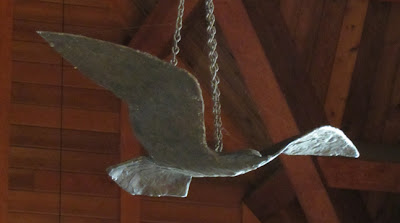 I think the key issue for me is that, while I could look to a wide range of "religious" material with which I am familiar, I rely on a very small set of material that is purely "theological," which for me means "ideas that that are tightly focused on the question 'What might I be able to know about God? And what would that imply for me and my life?'" In my view, there is quite a bit of "religious" material -- including many parts of Jesus' teaching -- that are not purely theological. When does a story or idea go beyond being broadly good or true or useful, and become a focused piece of theology?

A particular anecdote may illustrate why I think in this way. Among the many strands of my faith formation, I have a very strong memory of a confirmation class with the pastor at the church I attended as a boy, St. John's Evangelical Lutheran Church in Summit, NJ. The Rev. Franklin D. Fry was a person who cared a great deal about ideas, and he was also a person of great spirit and heart, and extremely generous, and it would not be an exaggeration to say that I revered him. In the course of our confirmation class, the question was posed, "Why are we to love others?" This seemed like such an obvious question to me, and I responded enthusiastically, "Well, if we all love each other, then the world will be a place filled with love, and the world will be a wonderful place." Pastor Fry gently replied something along the lines of, "Well, that's good and desirable; but as Christians we are thinking of an even more important reason." And then he went on to talk about how our love for others is a response to our understanding of God's love for us; and that our understanding of God's love for us relies on wrestling with what it could possibly mean for Jesus to be offered by God to experience fear, pain, and death, in order that we be able to come out of our usual state and into a relationship with God.

In other words, Pastor Fry suggested, pragmatism is one thing; Gospel is another. And Luther's formulation of that redeeming act -- "my Lord ... has redeemed me, a lost and condemned creature, purchased and won [delivered] me from all sins, from death, and from the power of the devil, not with gold or silver, but with His holy, precious blood and with His innocent suffering and death ...." -- was one that Pastor Fry frequently cited. It comes from Luther's Small Catechism and is Luther's gloss on the second article of the Apostle's Creed.

This small moment led me to think about how wide the field of interpretation is for the enormous body of "religious" material ... and made me value the spareness of the Apostles' Creed for its ability to help us focus on a few questions: 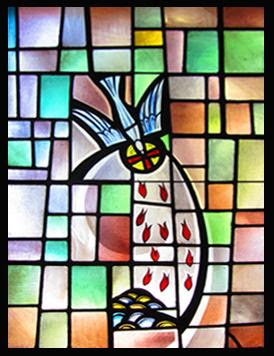 "What really am I able to know about God? And if I really know it -- or, at least, think I know it (that is, believe it) -- I must certainly be living my life according to it, right? (Or am I?)"


"Do my beliefs have any basis? Am I able to believe that the formation of ideas about God in my mind has anything in particular to do with -- any real relationship to the reality of -- God?"
I'm aware that this creed that I am referring to as "spare" in fact has thousands of years of history, and layers of meaning and nuance and interpretation, all of which make it anything but spare. And yet I think I am justified in calling it spare in the sense that the words are simple, and their meaning self-evident, and that far more important than the historical meaning of any of those words is the way in which ordinary people like me interact with them; how we encounter their spareness and assent to wrestle with their meaning.

As Luke Timothy Johnson has pointed out in The Creed: What Christians Believe and Why It Matters, the really interesting thing about the Apostles' Creed is the ways in which people really and truly do experience it and interact with it -- in their lives, as they live them. Many Christians, on the one hand, "have not given it serious thought, even if they say it every Sunday .... [They] recite the creed as a regular part of their community's worship with little sense of its controversial roots, history, or position in the larger world. Some sleepwalk through the words they memorized as children, bothered not at all by the outrageous ideas to which they are declaring their commitment." "Others," he continues, "find elements in the creed personally offensive but deal with the scandal by freelance editing, passing over in silence or altering the statements they disagree with." ( Perhaps, he says, some people "reinterpret the creed along lines more palatable to that part of themselves that lives within Modernity.") "Still others," he adds, "try to pay attention but find the creed simply unintelligible. Its language is far removed from the ordinary world in which they spend their days. They stumble through it as an act of piety because the church tells them to."

And, of course, there are those who truly engage with the words, straight up. Johnson says the Apostles' Creed ought to provoke, even scandalize, us -- at least, if we are really paying attention to what its simple words are saying. In other words, we should be moved to confront what we really believe, and why; to engage in theology. I believe that if we do, indeed, engage in real, living theology, we will have accomplished something significant and difficult; and if we have truly opened our hearts, we should be able to add our questions about the way we behave in the world -- including the use of drones, and other human acts -- into that practice with little difficulty and discomfort, comparatively speaking. The questions should almost answer themselves. 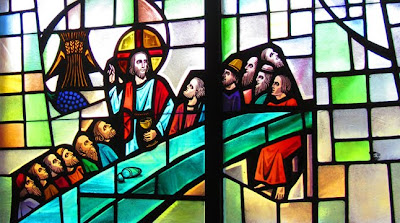