Below are links to reviews, interviews, excerpts, event info, and related material for Thermonuclear Monarchy: Choosing Between Democracy and Doom by Elaine Scarry, my sister.

“That we have escaped disaster so far is a near miracle. Scarry’s remarkable contribution should inspire us to abolish this colossal folly.”

“ Elaine Scarry is right: Americans live in a thermonuclear monarchy.”

“Scarry’s assault on the reigning complacency about nuclear weapons rests on her belief in the capacity of an interpretation to reconfigure the world.”

“Thermonuclear Monarchy is a work of deadly serious political science by an analyst dwelling on the constitutional implications of giving a democratically elected president sovereign-like autocracy.”

“Scarry’s book requires any thoughtful reader to revisit the basic postulates and the deepest human purposes of our system of government.”

“A really remarkable work, ranging across ethics, law, and politics to pose genuinely radical challenges to the confused and potentially lethal systems that pass for democracy in our world.”

“Elaine Scarry offers a coruscating critique of current policies, arguing that they are antithetic to the spirit of the U.S. constitution, and indeed to basic democratic principles. . . . [The] book offers a compelling case for swifter progress toward their elimination.”

“I congratulate Elaine Scarry on her intellectual courage and moral clarity, and in proposing the only possible way out.”


Marcelo Gleiser, author of A Tear at the Edge of Creation 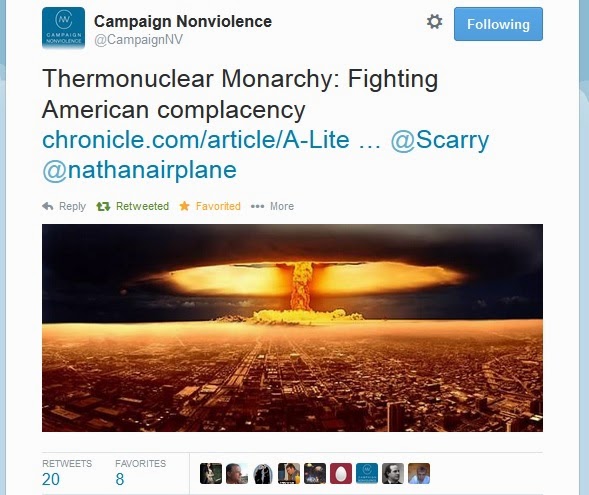 February 10, 2014, Nick Smith in Engineering and Technology Magazine: "Command and Control/Thermonuclear Monarchy"[Two very different but equally revealing reviews of the legacy of the Cold War are among our pick of the new technology books]

February 24, 2014, Kennette Benedict in Bulletin of the Atomic Scientists: "Can true democracy exist in a nuclear weapon state?" 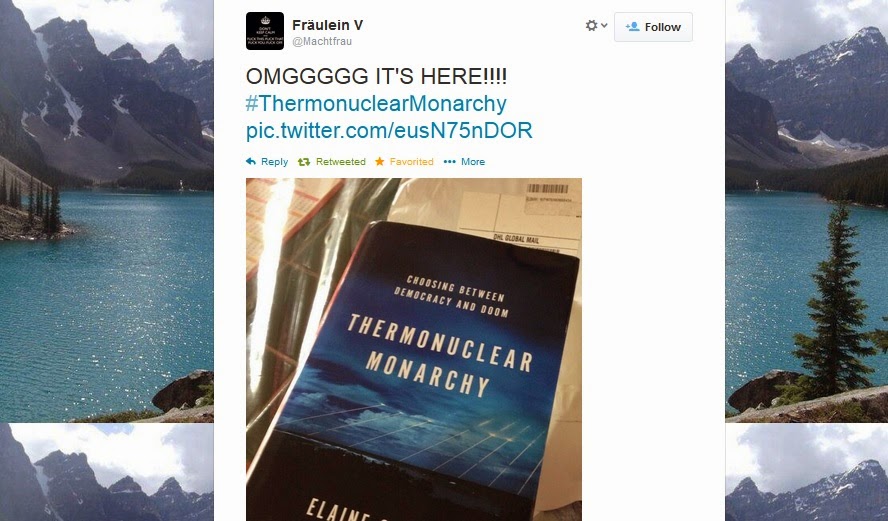 May 7, 2014, John Myers on the Personal Liberty Digest website: "Obama And Putin Have A Holocaust On Their Hands; Steps You Must Take To Survive"

May 23, 2014, Mark J. Palmer on the Earth Island Journal website: "The Decision to Wage Nuclear War Should Rest With the Body Politic, Argues Author" 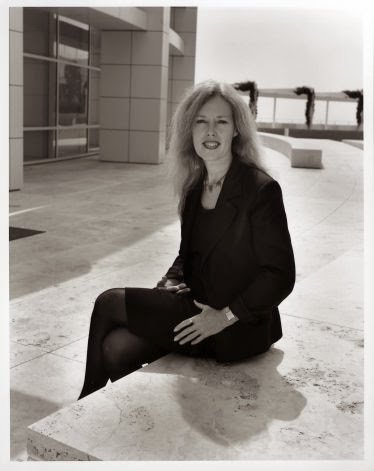 "The Contradiction of Nuclear Democracy" - Simon Waxman in the Boston Review

"On Thermonuclear Monarchy: An Interview with Elaine Scarry" - by Sarah Gerard in The American Reader

"Interview with Elaine Scarry, author of 'Thermonuclear Monarchy'" - by Kenneth Baker in SFGate

"Are we numb to Nukes?" - Christopher Lyden on Radio Open Source

"Why We Must Disarm the U.S.’s Unprecedented Nuclear Arsenal" - Elaine Scarry in TIME, August 5, 2014 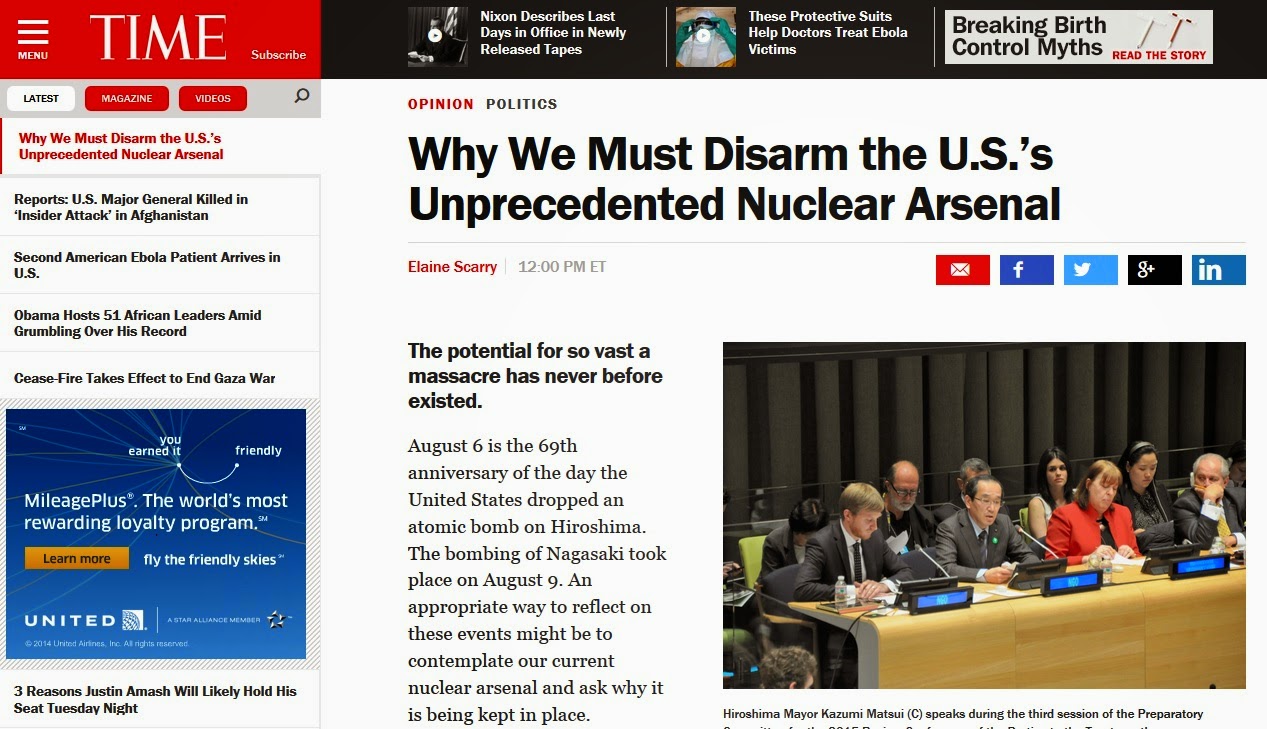 "The floor of the world"- in Bulletin of the Atomic Scientists, March 2014 (subscription site)

Thursday, March 27, 2014, 5:00 p.m. -- Washington, DC -- George Washington University, Elliott School of International Affairs, Room 505, 1957 E St NW Elaine Scarry, Harvard University, "Thermonuclear Monarchy: Choosing Between Democracy and Doom". Elaine Scarry demonstrates that the power of one leader to obliterate millions of people with a nuclear weapon - a possibility that remains very real even in the wake of the Cold War - deeply violates our constitutional rights, undermines the social contract, and is fundamentally at odds with the deliberative principles of democracy. RSVP: http://go.gwu.edu/thermonuclear Sponsored by the Center for International Science and Technology Policy

The Body in Pain: The Making and Unmaking of the World (1987)

"Stunningly original, enormously important, powerfully written....The beauty of her writing is that she can make us see torture and war as we have never seen them before, read the Bible and Marx as we have never read them before--indeed, see our day-to-day world in a usefully new manner."--Eric J. Cassell, M.D., Cornell Medical Center

"An absolutely astonishing achievement...I believe it will change many lives, not by persuasion, but by widening the scope of consciousness. The book itself is a great act of courage, intelligence, and style."--Allen Grossman, Brandeis University

"Excoriating and elegant, Elaine Scarry takes us to the big issues: why the rule of law matters, what went wrong, and what is needed to put it right." Philippe Sands, author of Lawless World and Torture Team, Professor of Law, University College London

"Some of the most trenchant and passionate analysis of the politics of democracy and terror in the United States. These essays are a searing call to conscience, an eloquent plea for justice, and a damning indictment of the Bush administration's response to 9/11." David Cole, Professor of Law, Georgetown University, coauthor of Less Safe, Less Free: Why America Is Losing the War on Terror