Do We Have a Drone Problem at Midwest Colleges and Universities?

During the April (2013) Days of Action Against Drones, people started to dig into the problem of how pervasive drone research, development, and training has become at institutions of higher learning across the United States. (See Call for "No Drones" at U.S. Colleges, Universities, and Research Institutions.)

In the preparation for the upcoming Midwest Action Against Drones (MAAD), I've suggested that we need to take a close look at what is happening at our Midwest colleges and universities. I'm concerned that our our Midwest schools are being drawn into the military-industrial complex with the promise of the "opportunity" to get in on the ground floor of the "drones revolution."

Do we really want the American heartland serving as the brain-trust for the U.S. global project of drone surveillance and killing?

The list below is just a sampling.  Discovery continues . . . .

(More at the UI-UC Aerospace Robotics and Control website.)

ISU drones for peaceful uses only - Drones will one day dot Iowa’s skies, saving lives and improving the environment one unmanned flight at a time, dreamers at Iowa State University say.

Drones flying in Kansas skies as well - "Kansas State University has about a dozen drones, ranging in weight from 2 pounds to just under 50 pounds, said Josh Brungardt, unmanned aircraft systems program director at K-State-Salina . . . . 'We specialize in civilian use of drones, not military use of drones,' he said.

Drones in Michigan skies raise hopes, concerns - "[I]n Traverse City, students at Northwestern Michigan College can fly their unmanned aircraft in a small field outside the city where no manned vehicles are permitted to fly. The college’s FAA permit remains active."

University of Minnesota (a land-grant university)

University of Missouri (a land-grant university)

University of Nebraska-Lincoln (a land-grant university)

OSU sees farming uses for drones - "The university this week put its inaugural drone prototype on public display for the first time at the Farm Science Review, an annual showcase of ag technology that runs through Thursday at the Molly Caren Agricultural Center in Madison County."

South Dakota School of Mines and Technology’s Unmanned Aerial Vehicle team - "The unmanned aerial vehicle team was formed for several reasons. The primary reason, for at least the first few years, is to compete in and win the International Aerial Robotics Competition. We would also like to gain some real world experience that we can take to our jobs after graduation. Another important reason for the SDSM&T UAV team is to explore the frontier of aerial robotics. The team would like to someday develop some new technologies which will be used in both commercial and military UAV’s."

University of Wisconsin–Madison (a land-grant university)

UW Physics Garage - "This project will explore the limits of small drone (quadcopter, maple seed) observations for environmental and archeological survey and other applications." 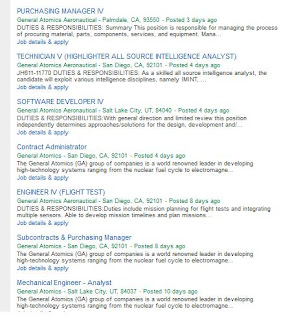 It is time now to turn to the dirty secret of American life and the primary dilemma of the antiwar movement: the military money that flows to EVERY Congressional district, and in particular the "good jobs" that members of Congress think they are protecting when they vote for ever-higher levels of military spending.

(See Drones, Permawar, and the Problem of "Good Jobs") 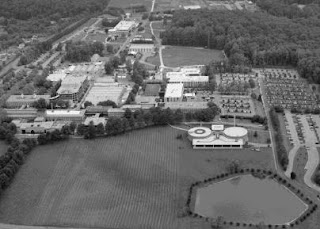 What are some of the forms that campus activism might take? Since Johns Hopkins University Applied Physics Laboratory has a contract to do drone research, the National Campaign for Nonviolent Resistance [NCNR], on May 1, sent a letter to Ronald J. Daniels, JHU president, and Dr. Ralph Semmel, director of the APL, seeking a meeting . . . . 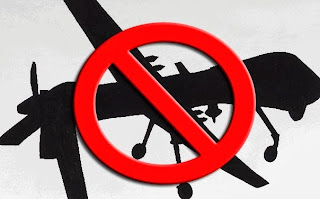 Did you know there is an online resource FULL of materials to use in organizing your local activism against drones?

(See Organizer Manual on the NSDSW wiki)
Posted by Joe Scarry at 9:41 AM