A Modest Proposal: Debate the Drones

[Part of the series: 10 Questions to Spur the Drone Debate]


I've been marveling at Isaac Asimov's "Three Laws of Robotics" . . . and when I heard about an upcoming exposition in San Francisco aimed at popularizing drones, I thought, "Isn't it time to get more people talking about this?"

The San Francisco event will be on July 25-26, and is entitled Small Unmanned Systems Business Expo. It's organizers say drones "have gotten a bad rap" and "the positive uses for this technology are endless." They advocate uses ranging from provision of life-saving vaccines to beer and pizza delivery.

Many people who are concerned about the use of drones for surveillance and warfare want to see their concerns reflected at events like the San Francisco drones expo. Why not include a debate?

There are lots of ways that a debate could be structured to air and weigh concerns of this type. One way would be to debate this proposition: "RESOLVED: No drones may be deployed that do not obey the 'Three Laws of Robotics'."

As all of the organizers of the San Francisco event certainly know, the "Three Laws" are:

(2) A robot must obey the orders given to it by human beings, except where such orders would conflict with the First Law.

(3) A robot must protect its own existence as long as such protection does not conflict with the First or Second Law.
The only question is: are they willing to encourage the broader public to engage with these ideas?

To those drone boosters who say, "Why would we want to include anything in our event to encourage questioning drones?" I would reply: you, yourselves, acknowledge that drones are getting "a bad rap." Showing that you are willing to openly discuss the issues is the best way to clear the air.

To those drone opponents who say, "Why would we stoop to debating with drone proponents? No quarter!" I reply: "Can you think of a better way to promote real education on this topic?"

The "Three Laws" are thoroughly explored in the works of Isaac Asimov. As I indicated above, I marvel as I read Asimov and see the way in which he foresaw the ethical conundrum in which we now find ourselves embroiled. Story after story and essay after essay tease out the issues involved. A debate could be a springboard for getting many more people involved in studying and thinking about these questions. The "I, Robot" literature is well-known to techies, but should be much more broadly studied by the general public.

The literature created by Asimov invites us to consider such questions as . . .

* Shouldn't the onus be on companies supplying these robots to abide by rules that assure the public is safe?

* What happens to the rules when governments decide they "need" to skirt them?

* What happens to the rules when robot-on-robot violence is involved?

* What might advanced technological society look like without rules that prohibit robots from doing harm?
MORE: 10 Questions to Spur the Drone Debate.


What would Asimov say?

In his 1979 essay, "The Robot As Enemy," Isaac Asimov wrote, "Will human beings deliberately build robots without the Laws? I'm afraid that is a distinct possibility . . . " (p. 448). He specifically foresaw the exact developments in the robotization of the military that we are seeing today:

"computerized planes, tanks, artillery, and so on, that would stalk the enemy relentlessly, with superhuman senses and stamina. It might be argued that this would be a way of sparing human beings. We could stay comfortably at home and let our intelligent machines do the fighting for us. If some of them were destroyed -- well, they are only machines. This approach to warfare would be particularly useful if we had such machines and the enemy didn't." (p. 449)
In the end, however, he concludes: "No, I feel confident that attempts to use robots without safeguards won't work and that, in the end, we will come round to the Three Laws."


(Page references are to the 1990 Byron Preiss Visual Publications edition of Robot Visions.) 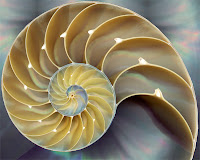 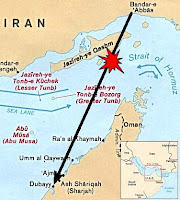 Some people think it's not yet time to worry about drones, because they're "not really making decisions on their own" -- and they're certainly not at the point of trying to out-think humans. People think, "There's still a 'man in the loop,' so what is there to worry about?"

(See Drone to Human: Leave the Thinking to Me) 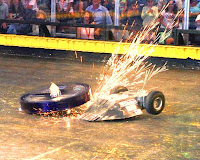 I've suggested that it's time for a serious debate on drones, and that a good place to start is with Isaac Asimov's "Three Laws of Robotics."  Here are 10 questions that come straight out of the writings of Asimov and that can help spur the debate. 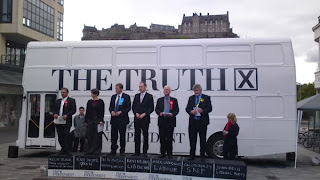 In a flurry of debates in October, the U.S. presidential candidates will talk about every topic under the sun -- both domestic and foreign -- in locations across the country -- from Denver to New York City to Boca Raton -- in formats both formal and informal -- with an assortment of moderators from all the major networks. Be assured, however, that there is one topic that will be off-limits: drones. 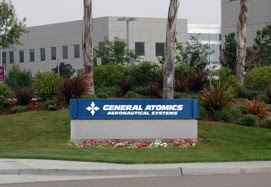 Of course the corporation that makes the drone/robot should be responsible for its actions. (I wonder if General Atomics considers itself liable for the consequences of every drone strike?)