When one of the smartest and richest people in the world is talking about how to avoid the threat of inundation without mentioning root causes, it makes you wonder. 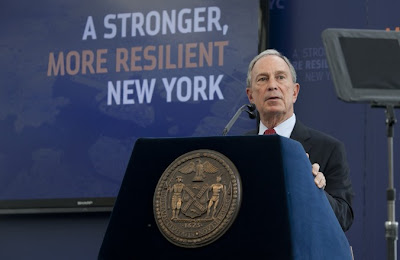 When the smartest city in the world (after Chicago :-) is talking about how to avoid the threat of inundation without mentioning root causes, something's really wrong!

News stories on June 12 described the press conference given by New York Mayor Michael Bloomberg (Bloomberg Outlines $20 Billion Storm Protection Plan). To look at the accompanying graphic, you would be tempted to think that finally some people in high places are taking the climate crisis seriously. And Bloomberg has been an activist in talking openly about the climate crisis. 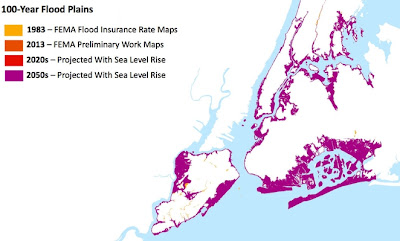 But when all was said and done, the impression that was conveyed by the Bloomberg plan was, "We can construct our way out of this." According to the New York Times:

Mayor Michael R. Bloomberg outlined a far-reaching plan on Tuesday to protect New York City from the threat of rising sea levels and powerful storm surges by building an extensive network of flood walls, levees and bulkheads along its 520 miles of coast.
Here's what one expert told the Times:

“I think that the mayor’s plan is great,” said Robert S. Young, director of the Program for the Study of Developed Shorelines at Western Carolina University. “I really appreciate the fact that he acknowledges the problem and understands climate change and the fact that we need to prepare for it. But everyone needs to understand that you can’t guarantee protection for infrastructure that is in vulnerable locations, no matter how much money you throw at the problem.”
Many images come to mind: the little Dutch boy with his finger in the dike, King Canute ordering the sea not to recede . . . . What's especially troubling about the New York plan is that, unlike those myths of old, this is here and now, and involves real people that we all know. Can they really be avoiding the truth?

Maybe Mayor Bloomberg and his New Yorkers should study the true story of King Canute. 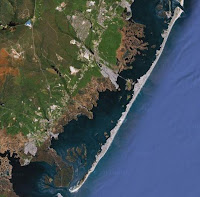 A bit more about the odds of holding back the ocean ... from an old New Jersey boy ....

(See NJ Sense and Wising Up to the Climate Crisis ) 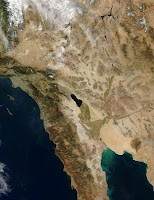 Reisner's book, Cadillac Desert describe how ambitious American entrepeneurs, entranced by the potential to turn Southern California and Arizona into boom areas with the simple addition of a little bit of water, have upset the balance of nature and set us on a path for disaster 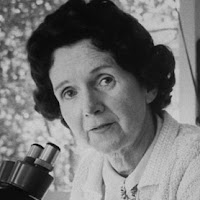 One of the really interesting things about looking at how Rachel Carson used her writing to wake the world up -- particularly with her prophetic Silent Spring -- is that we can then go back to some of the earliest parts of the Bible and see them as living and urgent. And reading Silent Spring as well as Biblical stories like the account of The Flood points to the urgency of changes that need to be made here and now in the way we all live our lives.

Email ThisBlogThis!Share to TwitterShare to FacebookShare to Pinterest
Labels: climate, Getting the Truth