War By (Drone Base) Timetable? 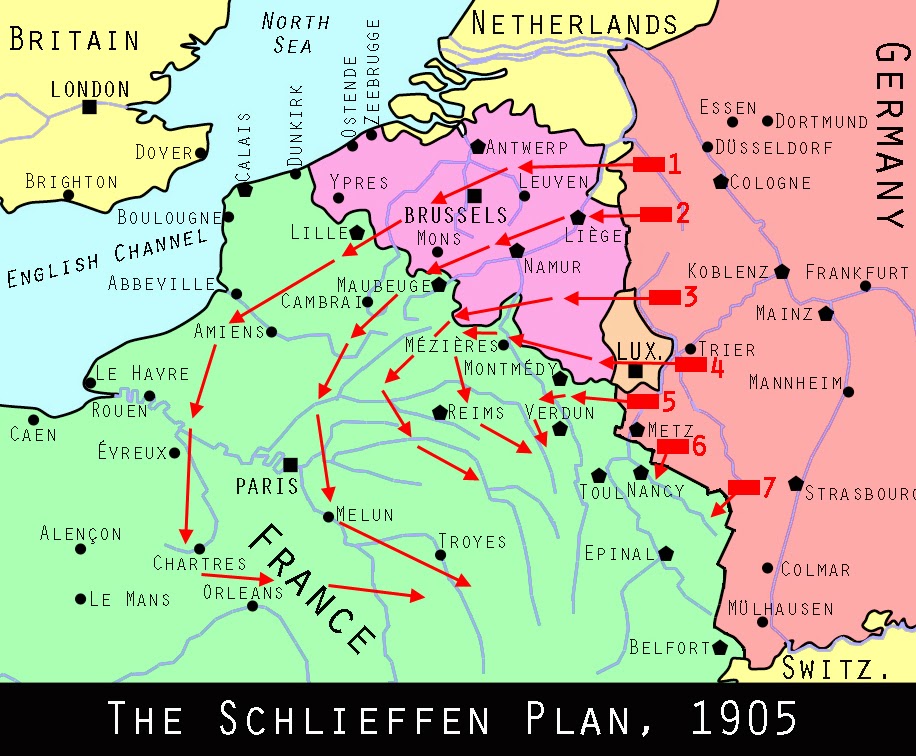 But maybe we should, instead, devote ourselves to looking once again at how those wars get started.


The historian A.J.P. Taylor had a startling insight about WWI - the war whose end we commemorate tomorrow. In studying how the war came about in the first place, he realized that the countries involved programmed themselves into a corner by the way they prepared their highly-efficient and "smart" systems (transport and other -- to "respond" to a war that they hoped wouldn't come:

[A]ll of the great powers believed that if they possessed the ability to mobilise their armed forces faster than any of the others, this would serve as a sufficient deterrent to avoid war and allow them to achieve their foreign policy. Thus, the general staffs of the great powers developed elaborate timetables to mobilise faster than any of their rivals. When the crisis broke in 1914, though none of the statesmen of Europe wanted a world war, the need to mobilise faster than potential rivals created an inexorable movement towards war. Thus Taylor claimed that the leaders of 1914 became prisoners of the logic of the mobilisation timetables and the timetables that were meant to serve as deterrent to war instead relentlessly brought war. [Source: A.J.P. Taylor article on Wikipedia]
Taylor's book on the war was entitled War By Timetable.

The historian Barbara Tuchman expands on this in her brilliant, unforgettable The Guns of August. She places the mobilisation planning in the context of the larger move by all the powers involved to develop enormous staffs to plan, plan, plan for war.

There is an eerie reminder of war by railway timetable in William L. Shirer's monumental The Rise and Fall of the Third Reich. Shirer reminds us that the armistice of 11/11/18 was signed in a railway carriage -- and that when Hitler invaded France in WWII, he dug up the very same railway carriage, and had it transported to the very same spot, and forced the French representatives to sign the surrender terms in it.

Today, it may seem quaint to think about the role that trains played in the cataclysms of the 20th century. Could something as simple as a bunch of trains, once set in motion, possibly put people on a course they couldn't reverse?

And yet . . . what if I told you that the hyper-organized planners of the U.S. government have a timetable to make 100 drone bases operational in our country in the near future? (See: Department of Defense Report to Congress on Future Unmanned Aircraft Systems Training, Operations, and Sustainability (April 2012).) 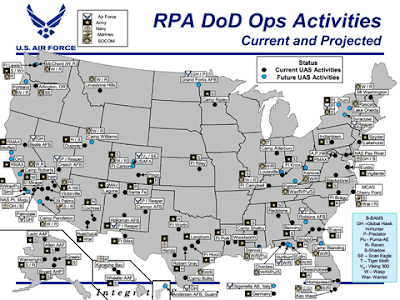 To see what's developing near you, see the list of state-level "No Drones" sites on the No Drones Network website.

When there are so many plans being carried out to use drones, how can we possibly imagine that we won't end up in a global drone war?


Will any of us be surprised when we wake up one day and see this picture, imagined by artist, Ohio Veterans For Peace leader, and anti-drones activist Steve Fryburg, realized? 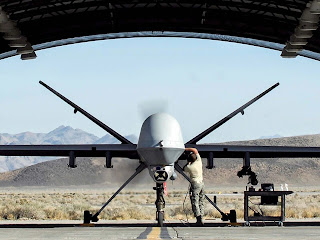 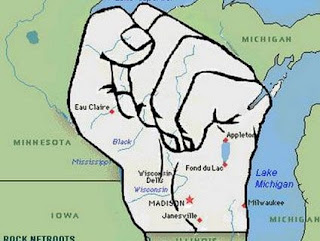 (See Democracy vs. Drones)
Posted by Joe Scarry at 9:49 AM