More at: Can we stop the DRONES?

People all over the country and all over the world are waking up to the drone menace. There is something about this weapon and the way it is used that is wrong - you can feel it in your gut.

I've been talking with people in the faith community in Chicago, trying to put into words just what is so wrong with drones. What is it about drones killing and drones surveillance that is qualitatively different? What makes it even worse than all the violence and war that we've seen carried out in our name to date?

For me, it started to become clear when I learned about signature strikes. Up until then, I had been hearing a lot about how drones could "see" people, and how what they "saw" was evaluated in some way, and some part of me had accepted the idea that there was something similar in the way a drone "sees" people and the way a person "sees" another person.

But signature strikes -- in which a drone detects some kind of human activity, and on the strength of a vague characterization of that activity unleashes a Hellfire missile -- make it clear just how people are "seen" when drones are being used. 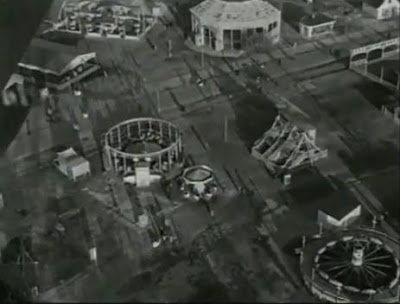 There is a famous scene in the movie, "The Third Man," which characterizes this problem perfectly. In the film, the villain's childhood friend, Holly Martins (played by Joseph Cotton), meets the villain, Harry Lime (played by Orson Welles). They climb aboard a Ferris wheel that carries them high above Vienna. In response to the demand, "Have you ever seen one of your victims?" the villain yanks open the door of the Ferris wheel cabin menacingly and says:

"Look down there. Would you really feel any pity if one of those dots stopped moving forever? If I offered you twenty thousand pounds for every dot that stopped moving, would you really -- old man? -- tell me to keep my money? Or would you calculate how many dots you could afford to spare?"
(You can watch the Ferris wheel scene from "The Third Man" here. Then watch the infamous "collateral murder" footage - included two minutes into Kyle Broom's powerful short film, "Prevention of Injury (POI).") 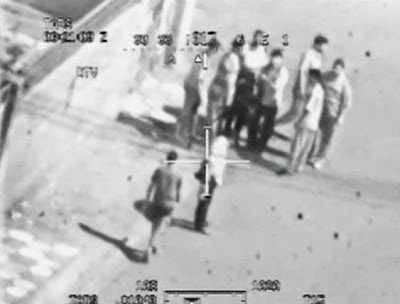 With drones, people have become just that: dots. Bugs. In fact, the military uses the term "bug splat" for what's left after a drone strike. Of course, there are real people involved in operating drones -- "in the loop" is the Computer Science term for that "involvement" -- but we should be very, very clear that the role those people play is nothing like the role they play in any other kind of human interaction -- including other warfare and violence.

PEOPLE WHO DON'T COUNT AS PEOPLE

In a sermon about a year ago at the church I attend in Chicago -- St. Luke's Logan Square -- the Rev. Pieter Oberholzer of Inclusive and Affirming Ministries in South Africa spoke of the human impulse to dismiss other human beings as bugs and worse. He spoke of the Aramaic term raca -- literally, "spit"; essentially "trash" or "dirt". The "raca spirit," he said, is a worldview that allows us to pigeonhole some people as "dirt." And then he told us that the Good News of the New Testament can effectively be summed up as: we used to live in a worldview that allowed some people to be relegated to "dirt" -- unworthy of consideration -- but we now know that God values us all as people, and wants us to value all other people as people. Pastor Oberholzer commended to us the words of Desmond Tutu: "We are of ultimate worth" in the eyes of God. This translates, he told us, in African society, into the concept of ubuntu -- which he translated as, "I live because you live; you live because I live."

When I was a child, there was a public service announcement (perhaps for the National Council of Churches?) that ran on television. It was a parable of a rancher in the Old West, who was a pillar of his community and a stalwart of his church. This rancher had a very Old Testament view of the world, and when someone was caught stealing one of his cattle, he considered the person beneath consideration as a person. Here's a summary I found of that old PSA:

Once upon a time there was a wealthy rancher who had hundreds of cattle, and next door to his ranch was a poor farmer who could barely feed his family. One day the farmer decided he'd help himself to one of the rancher's cows, but (sounds of guns being cocked and the image of shotguns pointing at the farmer) he didn't get very far.
At the trial, the rancher told the judge, "String him up, it will teach him a lesson."
That night as the rancher slept he dreamed that he died, and was standing before God awaiting judgement.
And the Lord said, "Forgive him, it will teach him a lesson."
Those are words that I have never forgotten. 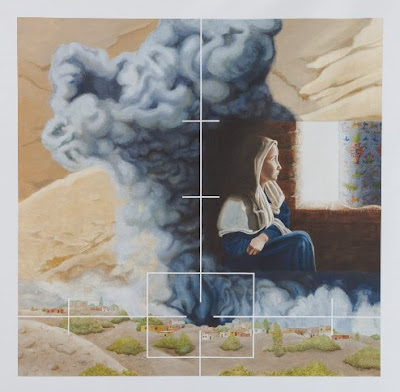 ARE WE AT A TURNING POINT? WHAT IS THIS AGE IN WHICH WE LIVE?

Graham Greene, who wrote "The Third Man" and set it in the ruins of war-ravaged Vienna, saw exactly where modern war was taking us. When we finally get around to understanding just how wrong drones are, that understanding is likely to crack wide open a recognition of the inhumanity of all the modern warfare we've been dragged into in the modern era. Like a frog that is in a pot of water whose temperature is gradually increasing until he is boiled alive, our society has stood still for advances in weaponry that allow victims to be dehumanized further and further and further. It's time to put a stop to it, and turn back the clock.

How far must we turn back the clock? I don't think we'll be done until we recognize that ever since weapons became the tools of Empire, people have been reduced to being the victims of signature strikes.


More at: Can we stop the DRONES?

The image "Collateral Damage" by Lillian Moats is from Windows and Mirrors: Reflections on the War in Afghanistan -- an art collection and traveling exhibition consisting of 45 murals created by artists from all over the world who have tried to capture the experience of the war in Afghanistan and to make it visible to people everywhere. Windows and Mirrors is a project of the American Friends Service Committee (AFSC).

Galatians 3:25 -- "But now that faith has come, we are no longer subject to a disciplinarian."

We will only deal successfully with the crimes being committed using drones when we understand them as part of the much larger war against communities of color . . . . 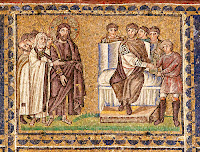 Palestine 30 CE - were Jews a "community of color?" And what was Empire doing to keep the community within "normal" or "right" or "acceptable" bounds? And what happened to people who looked like the "wrong" type?

(See Was the Crucifixion a "signature strike"?)

If the American public knew the nature of the crimes that its government was committing in Afghanistan, could it possibly sit still and not force an end to the war, and the removal of U.S. military, intelligence, and contractors from Afghanistan?

More posts about the immorality of drones at: Can we stop the DRONES?
Posted by Joe Scarry at 7:06 AM