[Dec 5 2011 - "You would have to be living under a rock to be unaware of the fact that the Obama administration is beating the drums of war against Iran . . . "]

Here are seven big reasons people should be VERY wary of any and all statements that about how Iran is "asking for it" . . . why they are tweeting every Friday with the #NoIranWar hashtag . . . and why they are reaching out every day to members of Congress to resist the "Iran Threat Reduction Act" . . . .

Join others who want to raise awareness of the need to resist U.S. aggression toward Iran by tweeting every Friday with the #NoIranWar hashtag!

(1) "WMD?" Haven't we see this movie before? It is unbelievable that, even after the fiasco of U.S. aggressive war against Iraq based on false accusations of weapons of mass destruction development, a U.S. administration has the audacity to lead the country to war again based on similar tenuous accusations.


(2) The U.S. monopoly on nuclear weapons. Even if U.S. accusations against Iran are all correct -- which is far from having been verified -- what gives the U.S. -- by far the biggest nuclear threat to everyone else in the world -- the right to decide that any other sovereign country does not have the right to develop a nuclear capability?

(3) "It's the oil, stupid!" The watchword of the successful Clinton campaign team in 1992 was, "It's the economy, stupid!" Similarly, anyone watching Mideast affairs should condition themselves to cut through the excuses (weapons, elections, diplomacy) and face the central importance of oil. How do you feel about being lied to so that the U.S. can go to war for oil?

(4) Zero sum military deployment. The remaining U.S. forces in Iraq are on the verge of withdrawal, and yet the Obama administration is hastening to install a big new contingent of U.S. troops in Kuwait. It's as if it is a mathematical impossibility to actually achieve a net reduction in U.S. forces in the region! Similarly, the pressure is mounting to draw down forces in Afghanistan. Perhaps this is why the Obama administration thinks it must find its next major target for U.S. troop deployment.

A picture is worth a thousand words:


"Each star marks a US military base, but just so we're all clear: Iran is threatening us."

(5) You can't let Israel do your dirty work. A major component of the current aggressive U.S. posture toward Iran is the premise that the U.S. won't really have to do the bulk of the activity, because Israel will do the "unpleasant" acts that we don't want to take responsibility for. In the first place, such an approach is morally bankrupt; in the second place, it is naive: be assured that the U.S. will be involved massively once hostilities begin.

(6) Iranian people are people, too. One of the most pathetic consequences of the U.S.-Iranian rift in recent years and the regime of sanctions has been the demonization of the Iranian people as extremist Islamists who only wear black and are part of an axis of evil. No one should listen for a moment to war talk against Iran without taking the time to use film, literature, music, and the other arts as a window into the tremendous human connections that are possible between the people of the U.S. and the people of Iran.

(7) If only it weren't for the hostage crisis.... Most of the people of my generation (50+) have clear memories of the 1979 hostage crisis, when radical Iranian students held Americans hostage at the U.S. embassy in Tehran. However, we should all put that crisis in the perspective of an earlier, larger crisis. I once heard Stephen Kinzer talk about an Iranian friend who said to him, "We held your diplomats hostage? You came to Iran in 1953 and held our entire country hostage!" (For more on that, see the story of the overthrow of Mosadegh by the CIA .... )

A list of resources that might be used during Feb 4 "No Iran War!" actions and teach-ins scheduled around the U.S. and around the world. 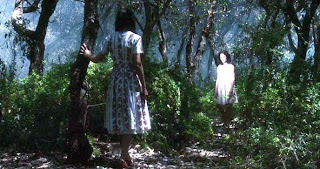 Women Without Men is a recent movie by the artist Shirin Neshat, based on the novel by Shahrnush Parsipur.. The first time I saw it, at the end I walked straight to the ticket window and bought another ticket and walked right back in and watched it again. The film contains haunting scene after haunting scene, and it makes it clear that Iran is a place where people are able to ask questions about patriarchy and about what it is going to take to overcome it.

(See Women Without Men as a US-Iran Cultural Bridge) 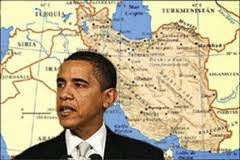 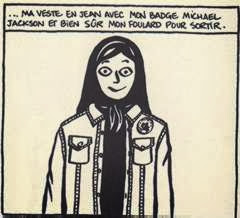 (See Why Does Iran Arouse So Much Hostility?)
Posted by Joe Scarry at 3:01 PM