Time for Ceasefire? Barack Obama and Speaking About Violence

I'd be much happier if the headlines said, "Chicago to speak about Obama's drone violence"! 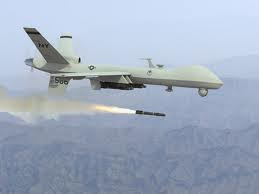 There are some people, at least, who see a very clear connection between violence on the streets of cities like Chicago and violence carried out by the U.S. military, the CIA, and other U.S. government agencies around the world.

About a year ago, we did a screening at the church I attend of the film "The Interrupters" -- about the people from the organization Ceasefire who work in the community to help convince young people that violence is not the way to resolve grievances. We were fortunate to have some of the actual Ceasefire "violence interrupters" join us for discussion after the film.

During the discussion, one of the Ceasefire workers -- a person who spends his days working with young people on the streets of Chicago -- said, "I hate to open a can of worms here but . . . how do you imagine we are ever going to convince young people that violence isn't the answer, when they see war after war waged by the U.S. government?"

How indeed? It's time for those of us in Chicago who oppose violence to start speaking openly about the fountainhead of violence in our society.  And it's time for members of the establishment -- right up to and including Barack Obama -- to quit shedding their crocodile tears about violence on the streets of our cities and start reversing the legacy of permawar and vengeance that has come to define the U.S. posture in the world. As the New York Times indicated in an article yesterday about the Obama administration policy of drone assassinations, things have gone from bad to worse under Obama: "By emphasizing drone strikes, Mr. Obama need not bother with the tricky issues of detention and interrogation because terrorists tracked down on his watch are generally incinerated from the sky, not captured and questioned."

Maybe it's time for a big-time violence prevention intervention.

Maybe Chicago should sit Obama down for a talk about his addiction to violence.

Posted by Joe Scarry at 2:33 PM No comments: