A few nights ago I watched Dziga Vertov's Man with a Movie Camera on Kanopy.

A detail that caught my eye: the footage of firemen wearing their crested helmets: 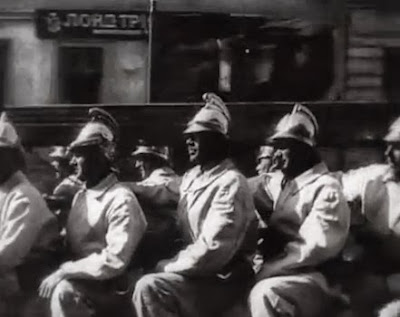 It made me think of this TIME magazine cover featuring Dmitri Shostakovich (suggesting his heroic role rallying the country both as both composer and firefighter): 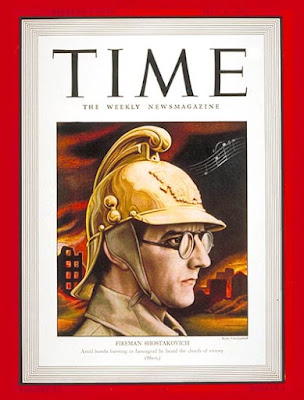 It made me wonder about the function of the thing on top. (I figured out it's referred to as a "crest.")

I started to poke around and discovered that it's a common feature of firefighters' helmets. Does it serve a purpose, or is it just decorative?

I found a page with lots of images of Greek warriors with crests on their helmets, e.g. 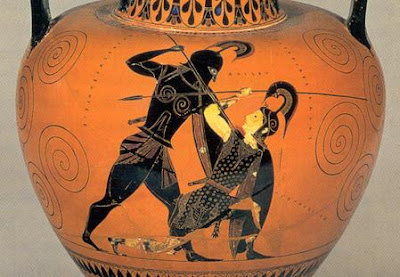 The impression I get is that the crest is intended to cow opponents.

This morning*, I remembered that my sister had dubbed a cardinal that visited her yard "Menelaus." Cardinals do look like helmeted warriors! (*perhaps because yesterday we spotted a male cardinal in our yard - not that common up here in northern Wisconsin!) 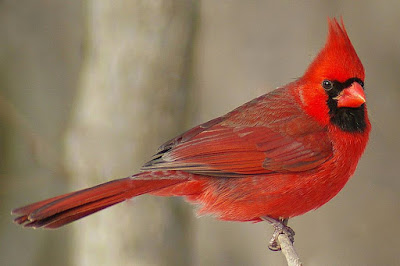 As I am writing this, I am remembering the costumes in the original Fahrenheit 451 film, the helmets of which included just the hint of a crest: 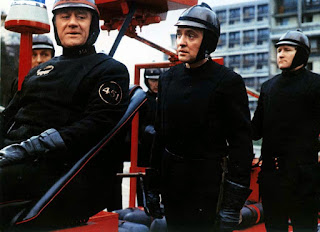 (That's Oskar Werner in the role of "fireman" Guy Montag. A long way from Jules and Jim* !)

* LOL ...  I'm referring, of course, to the film ... though I was probably also thinking of the pair of hummingbirds my sister called by those names! :-)
Posted by Joe Scarry at 8:30 AM