Preventing Nuclear War: The Work of a Lifetime

Noah lived another 350 years following the flood. He lived a total of 950 years. And he died.


- Genesis 9:28
(translation from The Message: The Bible in Contemporary Language by Eugene H. Peterson)


The flood occurred in the 600th year of Noah's life. He lived another 350 years. Undoubtedly, the adventure on the ark was the highlight of his life. And he had plenty of time -- the last one-third of his life -- to reflect upon the consequences.

As someone who recently turned 60, I can really relate to the 600-year-old Noah. If I'm lucky enough to have another span of years, as he did, what will I be reflecting back upon?

The "Back From the Brink" campaign has the potential to have big consequences. If we can really succeed in preventing nuclear war . . . imagine the feeling of that accomplishment!

And if we don't? For most of us, it's unthinkable.

Since the dawn of the nuclear weapons age, many people have spent the autumn years of their lives in regret. Perhaps this vision of the aged J. Robert Oppenheimer, the father of the Manhattan Project, is the most painful of all:


What do we want to be reflecting upon in our future years? 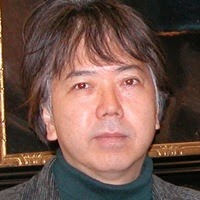 Soon, Kazashi was able to visit the U.S. again, and we had the opportunity to renew our friendship. He told me about his work: "When I obtained a position at a university, it turned out to be in Hiroshima," I remember Kazashi telling me. "So it was very natural that I became connected with the peace movement. I became a peace worker."

(See Obama in Japan: How About a Pivot Toward Peacemaking? )
Posted by Joe Scarry at 7:39 AM

Email ThisBlogThis!Share to TwitterShare to FacebookShare to Pinterest
Labels: Back From the Brink (BFtB), Bible, Noah, nuclear weapons